While my vacation time was fast drawing to an end, I still made time to visit Yosemite National Park.

I chose a route that took us through Modesto and the Napa Valley area.  The prominence of vineyards I passed in this famous wine region weren’t surprising to me, but the significant presence of almond tree groves was.

There was a museum in Modesto I’d hoped to visit, but just as the unplanned nature of my journey sometimes meant I arrived at a site too late to be able to do more than capture a few shots, it also occasionally caused me to arrive too early.  In this case, I felt it was necessary to be at Yosemite by the museum’s scheduled noon opening time. 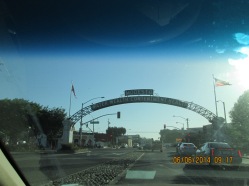 The drive into the Sierra Nevada Mountains had both eye-catching scenery plus attention-demanding twists and turns in the road. Upon reaching Yosemite, I followed my established pattern of stopping first at the visitors center near the entry gate to get advice from the rangers on duty. I also bought a walking stick medallion that commemorates the 150th anniversary of Lincoln’s establishment of the park to add to the others I’d purchased at the earlier national parks visited on this trip.

Beautiful hardly seems to begin to describe the park and its centerpiece, El Capitan. I took over 150 shots while driving or taking the shuttle from point to point.  The shuttle driver suggested I drive up to Glacier Point, the highest point in the park that can be reached by car.  She said it was a bit of a drive, but worth it.  If anything, she understated her case.  The panoramic views were breathtakingly lovely. For most of my time in the park, the weather was ideal; however a storm brewed late into the afternoon, and I was unwilling to be so exposed to the lightning that flashed too nearby for comfort.

Walking back to RB, I had my only encounter with wildlife at the park, with a small animal that looked like a squirrel.   Considering my last up-close-and-personal meeting was with a bison at Yellowstone, I didn’t mind this at all. 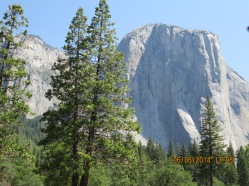 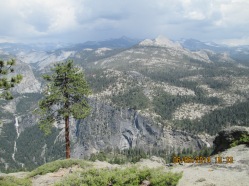 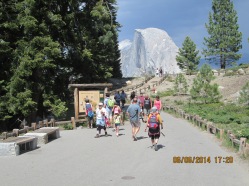 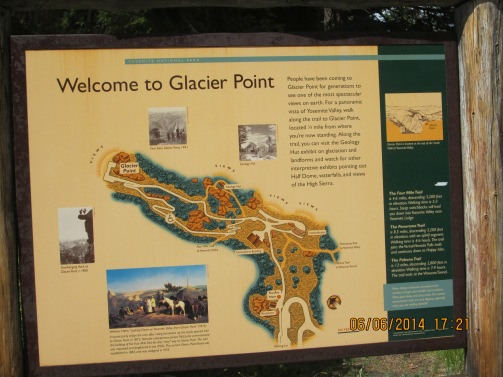 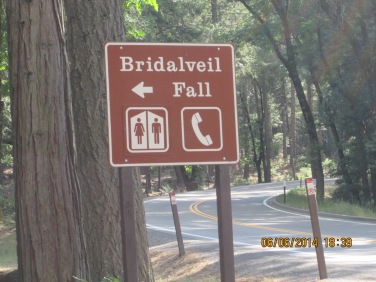 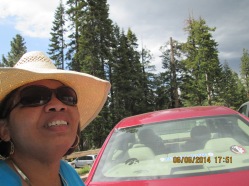 All too soon, I had to backtrack out of the park and begin driving towards my next planned stop in Reno, Nevada.  I made it as far as Carson City when I decided it was not safe to continue driving.  I got a room for the night because I knew that–if I would any reasonable chance to be back in Iowa on time–it would be my last chance to sleep in a bed until I reached home.

The “The” groups continued to dominate the playlist, but their music was now peppered with songs by Three Dog Night, Tina Turner and Tracy Chapman.

Towards the late afternoon, the last file of the playlist, U-Z, started, featuring musicians U2, Usher, War, Whitney Houston, Will Smith, Willie Nelson, and Wilson Picket.